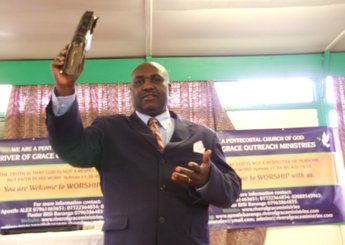 DESTROY THE EVIL ALTARS THIS YEAR 2020

Beloved, there are two principal altars, the Altar of God and Altar of Satan.

Altars are places of slaughter to something, that is slaughter of something to idol gods that is worshiped by people.

Evil men and women, enchanters and diviners, wicked consultants use evil altars to consults their gods for peoples database for evil.

Many people set up evil altars as places of habitation through which they drink other peoples blood and eat their flesh.

Many evil men and women set up evil altars as places where they shed other peoples blood.

Many dark people use evil altars to destroy, harm and hinder family progress and unity.

Many wicked men and women use evil altars to carry out their diabolic blood sacrifices.

Witches and wizards use evil altars to summon destinies into their shrines, coven for destruction.

They use evil altars as platforms for deliberation, decision making, negotiation and action are made against the unsuspecting victims for harm.

Divination, enchantment, bewitchments, invocations are carried out through evil altars for destructions.

Evil altars are gateways through which satanic agents orchestrate satanic attacks against people.

They are mediums through which demon spirits gain access into peoples foundations for demonic actions.

They are places where destinies of people are controlled, manipulated and turn into shame, disgrace, humiliation and reproach.